If there is one thing that characterizes the Yucatán Peninsula, it is the number of cenotes, and their existence is a distinctive geological feature of the region. In the past, these sites were revered by the ancient Maya as sacred wells. Today they are magnets for tourists, adventurers, and explorers.

Cenotes are natural deep-water wells that are fed by the seepage of rain and the currents of subway rivers that originate in the heart of the earth. The current theory about the formation of cenotes is truly amazing.

More than 66 million years ago, an asteroid 6.2 to 8 miles in diameter (10 to 15 km) crashed into the Earth, specifically in a place now called Chicxulub, in the Yucatán Peninsula. This caused a chain of catastrophic events that led to the extinction of 75% of the planet's animal and plant species. 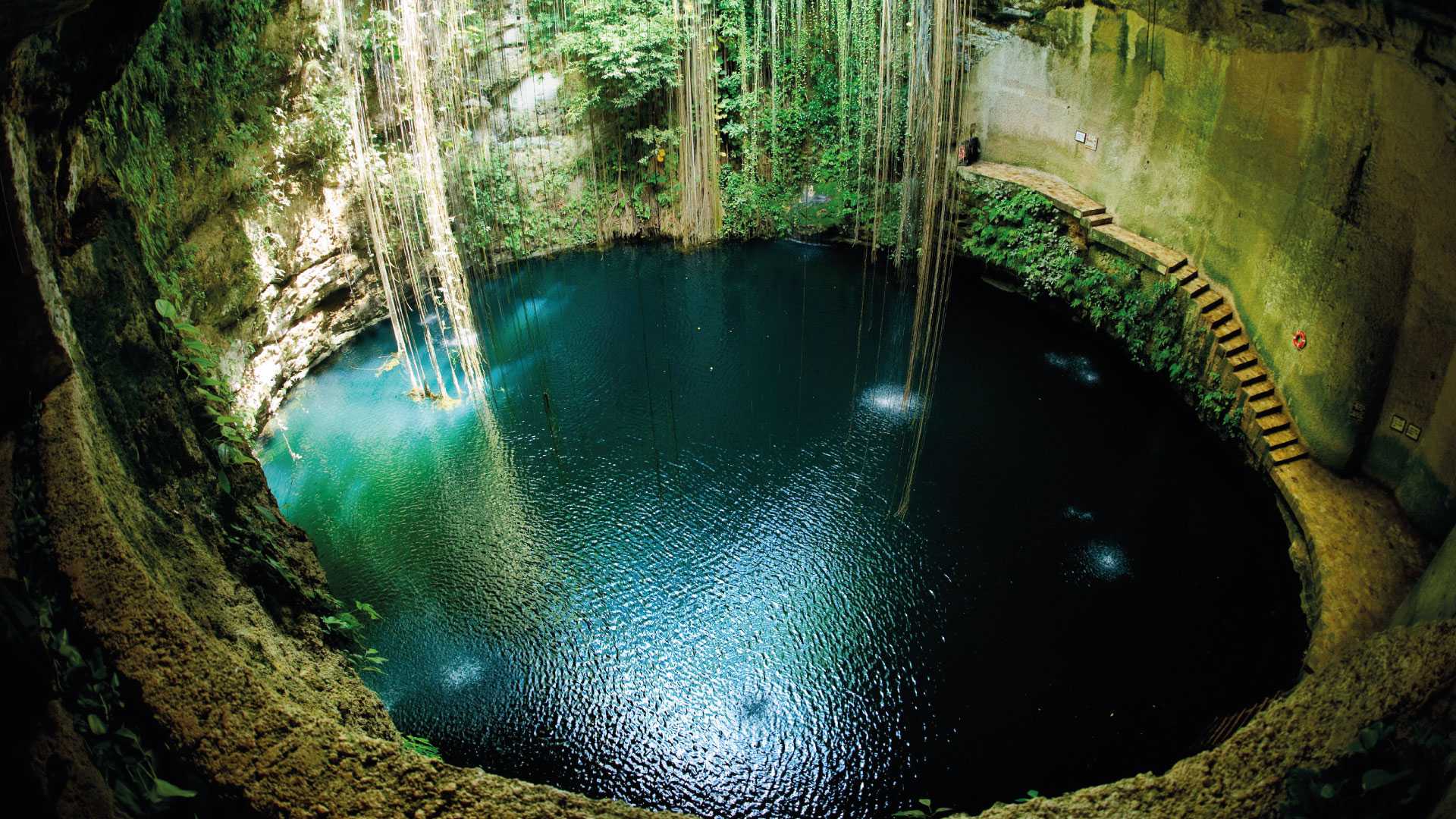 There is a ring of cenotes on the crater rim that was caused by the asteroid that has been linked to the extinction of the dinosaurs. The impact altered the calcareous sediments beneath the land surface of the area, making it more susceptible to erosion. This, mixed with the circulation of groundwater flowing away from the crater rim, created a stronger current to flow through the weakened limestone, which eventually created a "Cenote Ring".

The crater itself is not visible, as it is buried under millions of years of sediment, jungle, and ocean, so only a faint ring is visible from outer space. Gravitational anomaly maps make the crater more visible by also highlighting the ring of cenotes surrounding it.

There are three different types of cenotes: open, partially open, and subway. They are classified according to age: open cenotes are the oldest, while underground cenotes are younger because they still have a dome covering them from the surface. 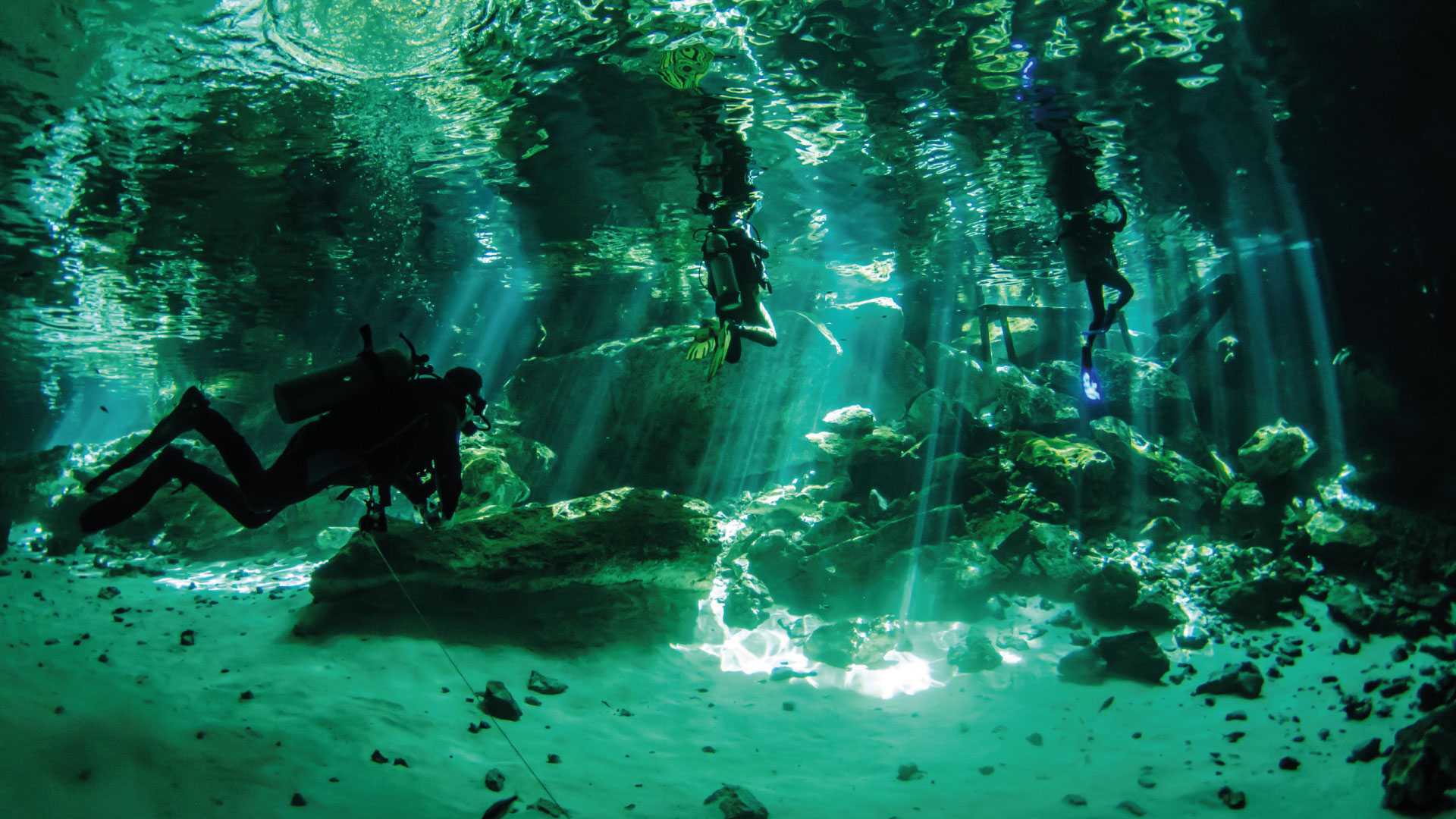 The importance of cenotes for the Mayas

Mexican cenotes owe their name to the Mayas, who baptized them with the word Dz'onot, which means 'cavern with water', and from there derived their current name.

For the Mayan civilization, cenotes were very important, since, in a region lacking rivers or lakes, such as the Yucatán Peninsula, cenotes provided access to freshwater throughout the year.

They were also considered as sacred places. It is believed they were also used in rites that involved human sacrifices. In this ceremonies, the Mayan people also threw jewelry, vessels, clothes, and sculptures into the cenotes. Scientists have found many human skeletons in differnt cenotes including that in the vicinity of Kukulkna's Temple in Chichen Itza.

Their large quantity of cenotes as well as their ability to sustain large human settlements were the foundations on which a sophisticated society could be developed.

The Mayas also believed that cenotes were a the gate to Xibalba, the underworld. The god of rain, Chaac, was believed to live at the bottom of these sacred wells. The rituals and ceremonies in the sacred cenotes were mostly to ask for rain and good harvests. 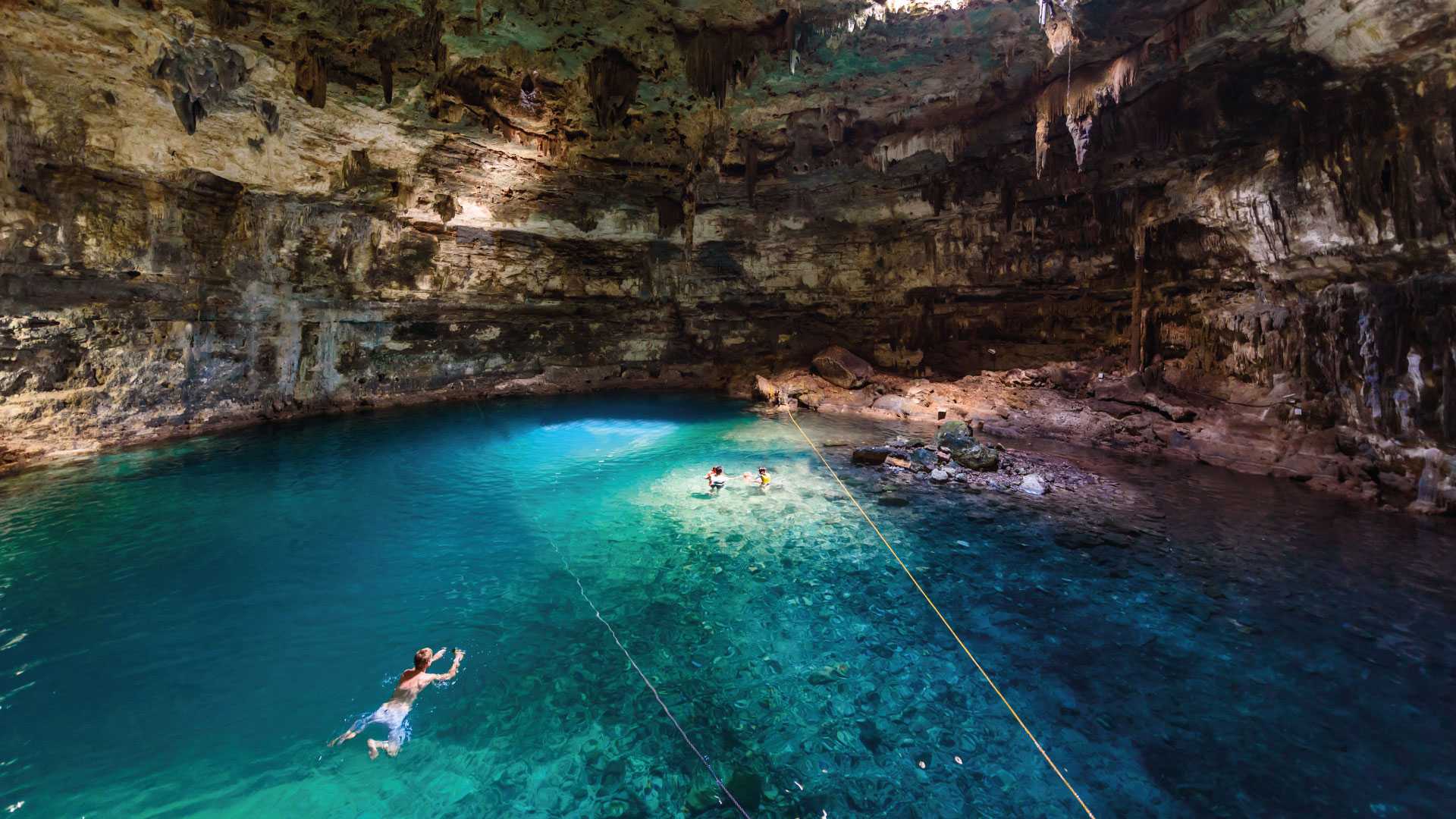