Cancun and Riviera Maya have become world-class destinations because government, private investors and entrepreneurs continue making efforts to keep this place with a fresh atmosphere, always with new things to do and see. Among these efforts, you can find a wide variety of shows and events happening all around the region.

Lights, music and spectacular choreographies are common elements of most of these shows. Nights in Cancun and Riviera Maya are colorful and always with a sense of adventure that invite everyone to have fun and enjoy these shows and events.

Among some of the best shows in these destinations, you'll find:

In Cancun, you can spend an afternoon and part of the night sailing on a 18th century pirate galleon. There you will live a pirate adventure in the coasts of the Caribbean Sea.

This tour consists of getting on board of a galleon where you will experience a pirate show with lights, music, fireworks, stunts and action scenes. The tour along the coast allows you to enjoy the sea and the beach from another perspective. You will also have a deluxe open bar included throughout the tour and, later, dinner also will be served.

This is a perfect show for families.

With the traditional quality of Cirque du Soleil shows, Joya is a theatrical-circus fusion. The story of this show is about an alchemist and his daughter who are on a quest to understand the secrets of life. The staging and the scenes let the spectator come closer to the cultural heritage and history of Mexico in order to have a better understanding of this country.

This show happens in Vidanta’s Riviera Maya Resort Theater, which is located between Cancun and Playa del Carmen. The price of the show includes round transportation. It is also possible to add dinner and champagne service. 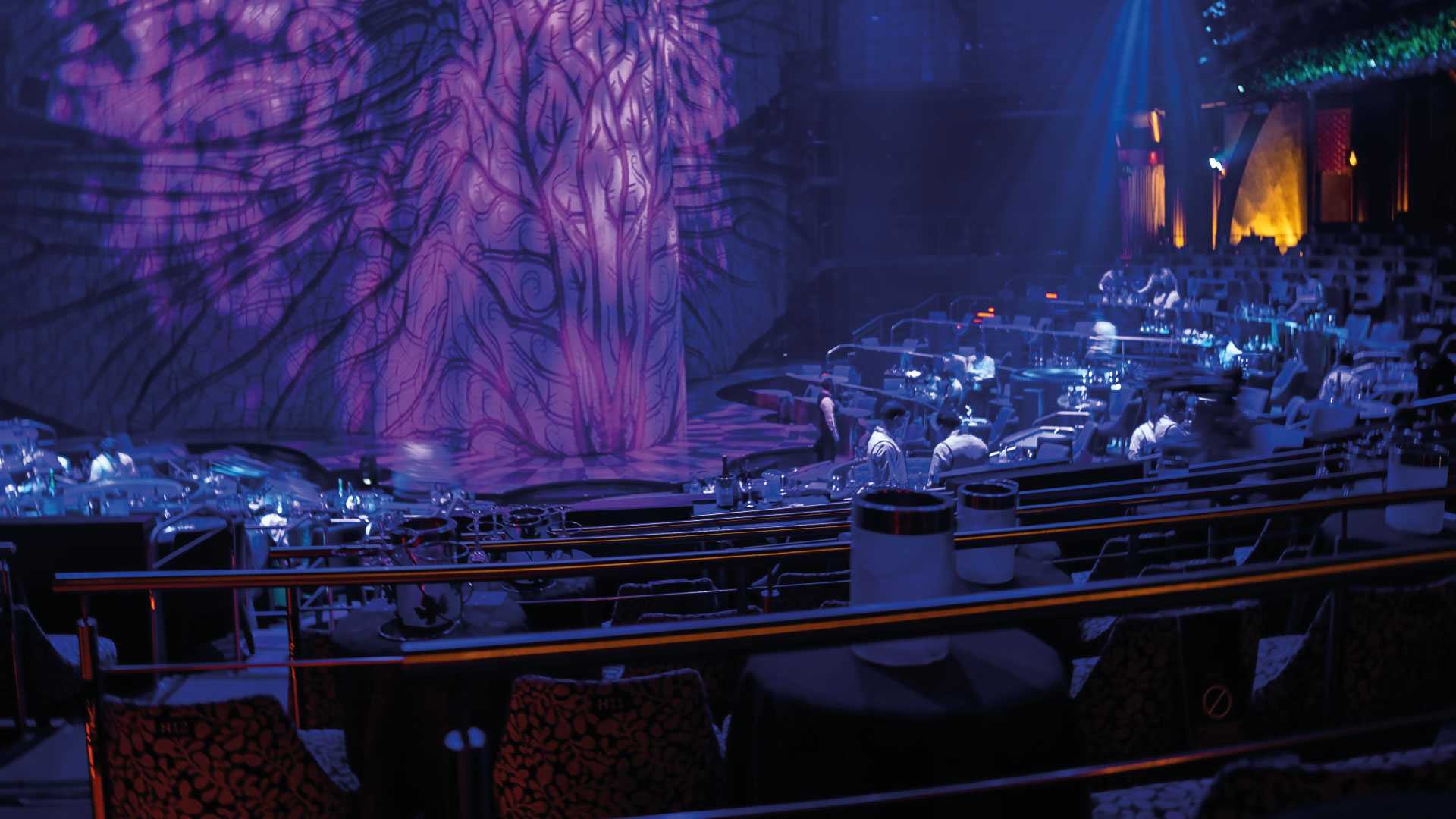 So far, this show has already been witnessed by over 500,000 people since its premiere Some interesting facts about the show:

Chichén Itzá archaeological site is one of the most impressive places in Riviera Maya. So, it's no surprise that it is also the perfect stage for shows and even concerts. 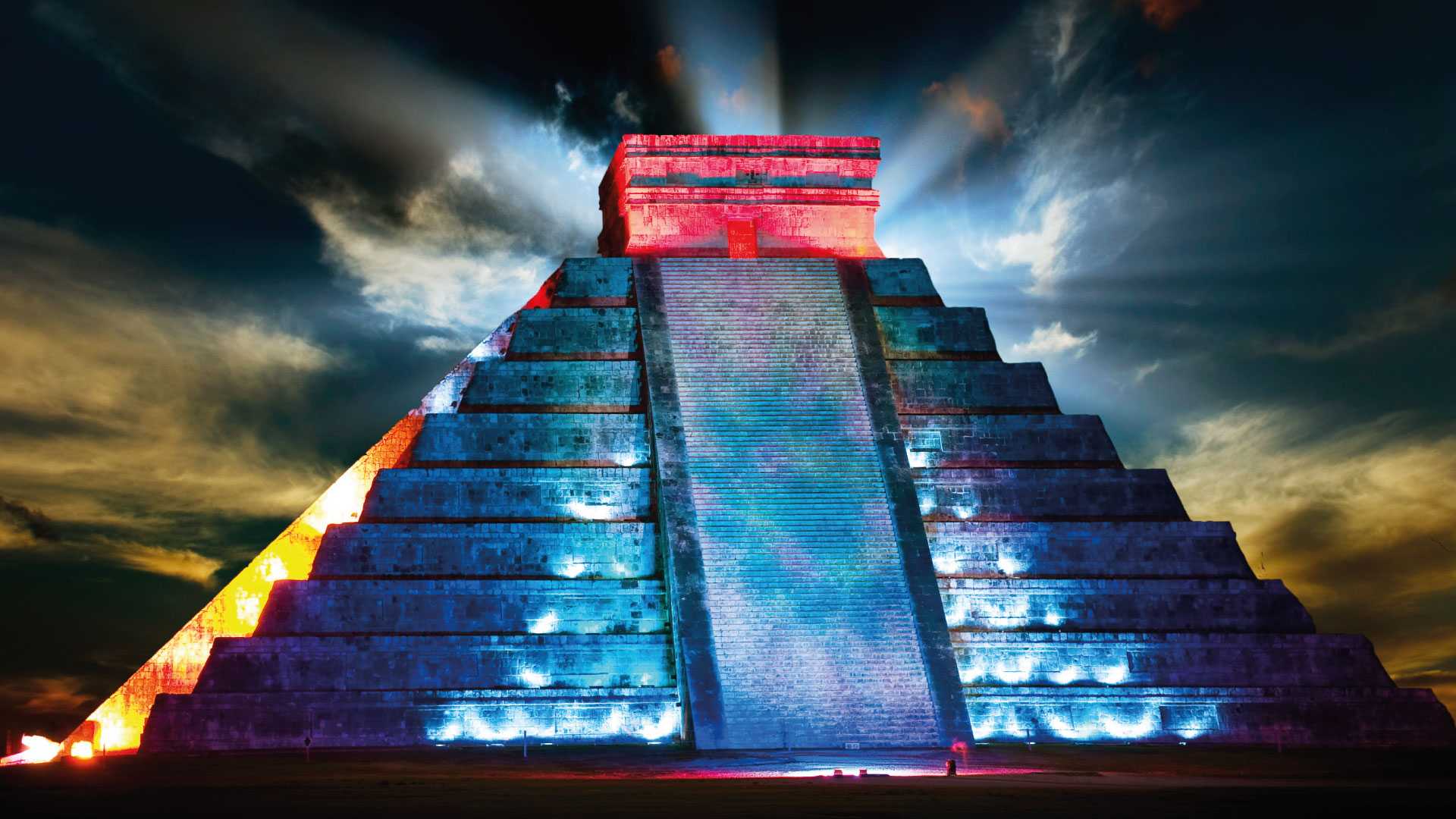 Nowadays, it is possible to visit this place in the afternoon, wait for the sunset and enjoy an amazing view. Once the sun has hidden and it’s totally dark in this thousand-year-old city, the show will start: an audio narrative projection on the Kukulkan pyramid. It’s a short show, just about 25 minutes in which the Mayan Culture history is told.

Previously, we have already talked about Xcaret as one of the most impressive theme parks in Riviera Maya. It does not only stand out for its natural attractions and its different activities, but for the shows it offers.

At nightfall, Xcaret's main stage gets ready for a show in Cancun that gathers more than 300 artists that will take you into a journey through the history of Mexico, going from the pre-Hispanic era to the time of the Spanish conquest, Mexico as a Spanish Colony, The Mexican War of Independence and The Mexican Revolution, finally arriving to present day Mexico, a modern country with an age-old mixture of culture and traditions that are a result of all these processes.

Through an atmosphere full of light and color, the characters of this show unfold showcasing traditional dances, depictions of the folklore from different states of Mexico. An homage to a country overflowing with joy, magic and tradition, accompanied by the most emblematic music, including the Mariachi, Intangible Cultural Heritage of Humanity.

In the last days of October and the first days of November you can also attend shows related to the Day of the Dead, a traditional celebration in Mexico.

In this famous resort in Cancun’s hotel zone, every week there are shows and concerts by different artist, bands and DJs. So, it is worth checking their calendar and billboard to see what’s happening whenever you’re going to Cancun and Riviera Maya.

Another important venue for shows in Cancun is the Bullfight Arena (Plaza de Toros). There you can attend different show such as Mexican wrestling (lucha libre), concerts, mix martial arts, etc.

This nightclub with branches in both Cancun and Playa del Carmen is famous for its show. This show includes different acts inspired on the music of famous artists such as Michael Jackson, Freddy Mercury, Madonna, among others.